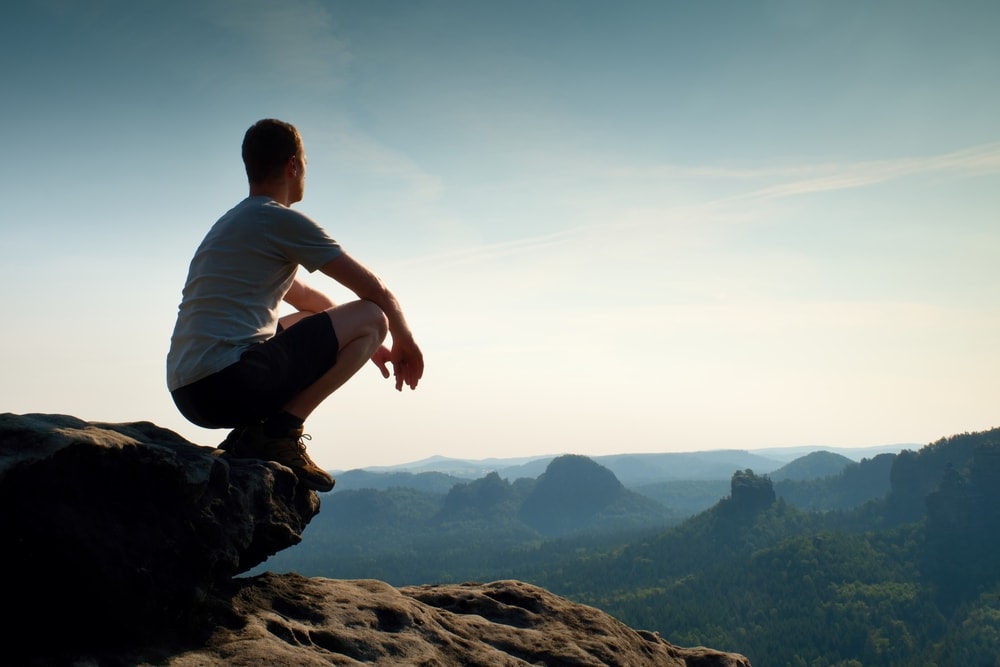 It may seem obvious that working with our physiology and biochemistry to help our bodies restore the natural balance that millions of years of evolution carefully put into place with awe-inspiring complexity and precision would be smart thing to do.  How might that functional medicine (FM) approach to health and correcting disease compare to pharmaceuticals and the conventional medicine model? Some researchers sought to answer that question. 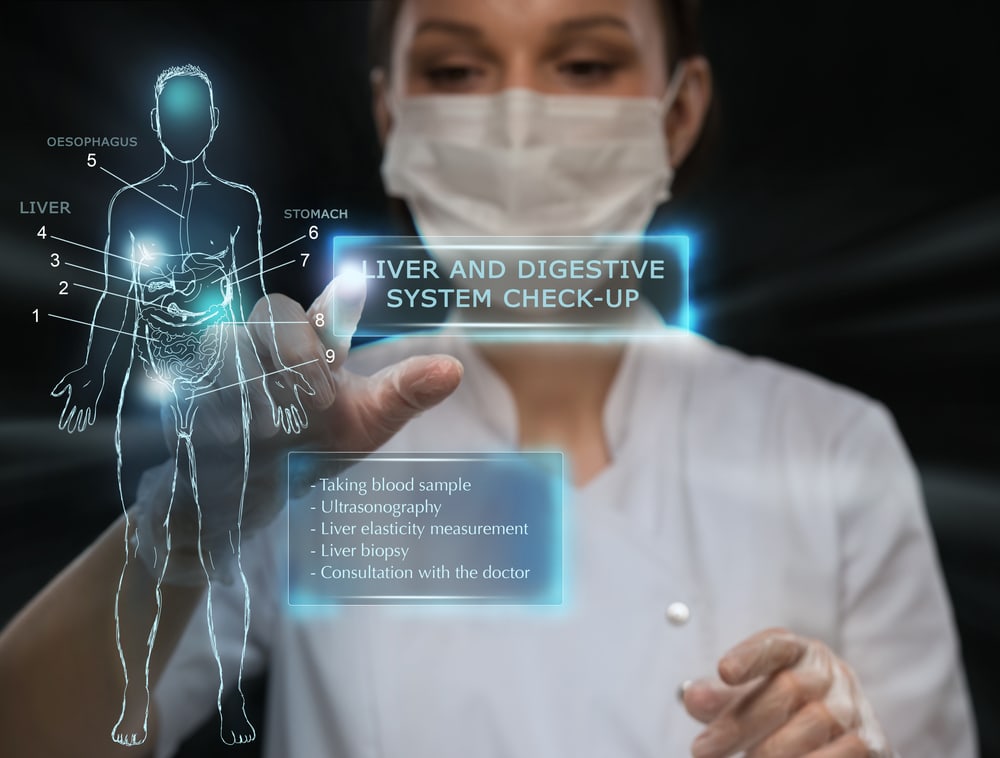 Association of the Functional Medicine Model

The incidence of chronic disease is increasing along with health care-related costs. The functional medicine model of care provides a unique operating system to reverse illness, promote health and optimize function.The association between this model of care and patient’s health-related quality of life(HRQoL)is unknown. 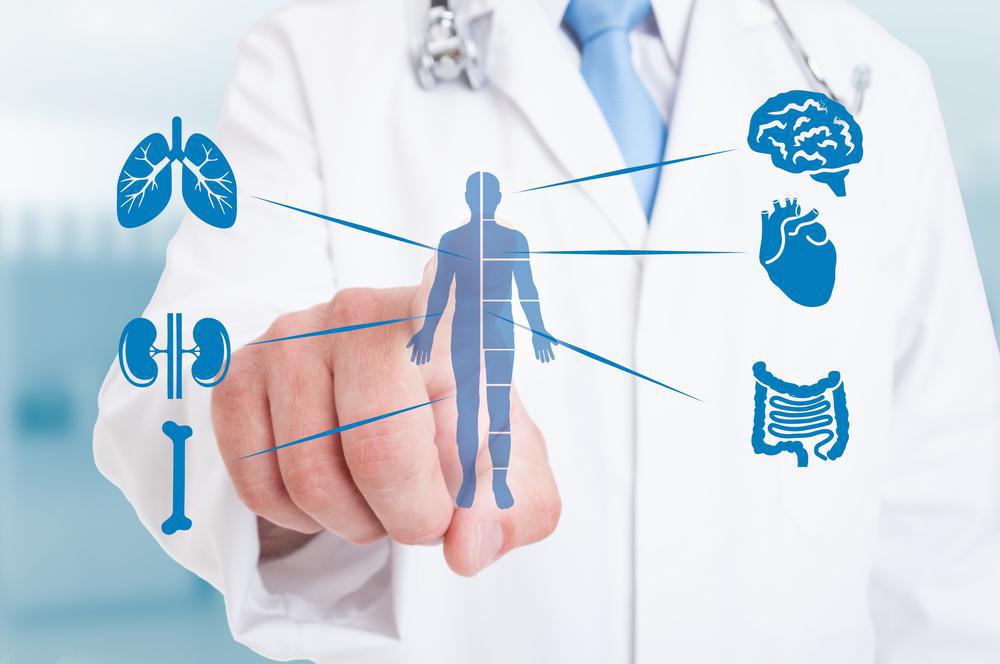 Statistics show that twice as many millennials than baby boomers are using some type of alternative medicine.

Most Americans are familiar with conventional medicine. At this type of medical appointment, the practitioner focuses on your symptoms in order to diagnose a condition or disease and then recommends a drug or other treatment.

Conventional medicine targets specific body systems. The American health care system rewards specialists, so many doctors pursue training in various specializations. You may see a gastroenterologist for digestive problems; an endocrinologist for hormonal problems; an orthopedist specializing in hands for a hand issue. Doctors work in their own professional silos and may take a narrow focus to specific, presenting problems.

You may often feel rushed during your doctor’s appointment. Many of today’s doctor’s visits last about seven minutes.

On the other hand, doctors who practice functional medicine are trained to see the body as an interconnected system in relation to the larger environment.

Functional medicine physicians focus on the individual, not simply the presenting symptom. Instead of relying on prescription drugs and surgery to combat the health problem, the physician works with you to focus on the importance of lifestyle and diet choices. For example, some patients can reverse the need for blood pressure medication by losing weight.

A health condition can result from more than one factor. Sometimes underlying causes are hidden. When evaluating symptoms in one system in your body, physicians trained in functional medicine take a broader, holistic view of your health than most doctors who practice conventional medicine.

For example, instead of just diagnosing a degenerating hip as arthritis from an X-ray and recommending drugs and other treatment prior to an eventual hip replacement, a physician trained in functional medicine examines all aspects of your health.

This physician may find that you have an undiagnosed case of scoliosis that has made one leg shorter than the other, advancing degeneration in your hip. In this case, your practitioner might recommend an orthotic that has a lift for the shorter leg, easing pressure on the hip. This may help prevent further degeneration of the joint so that a hip replacement may never be needed.

Amount of time of the medical appointment

As noted above, conventional medical appointments are invariably short. You may even leave the office forgetting to mention one or more of your concerns.

Visits with a functional medicine physician can take up to an hour, maybe even more. You’re not rushed. A health concern is evaluated in light of the functioning of all body systems — not only the particular body part presenting a problem. 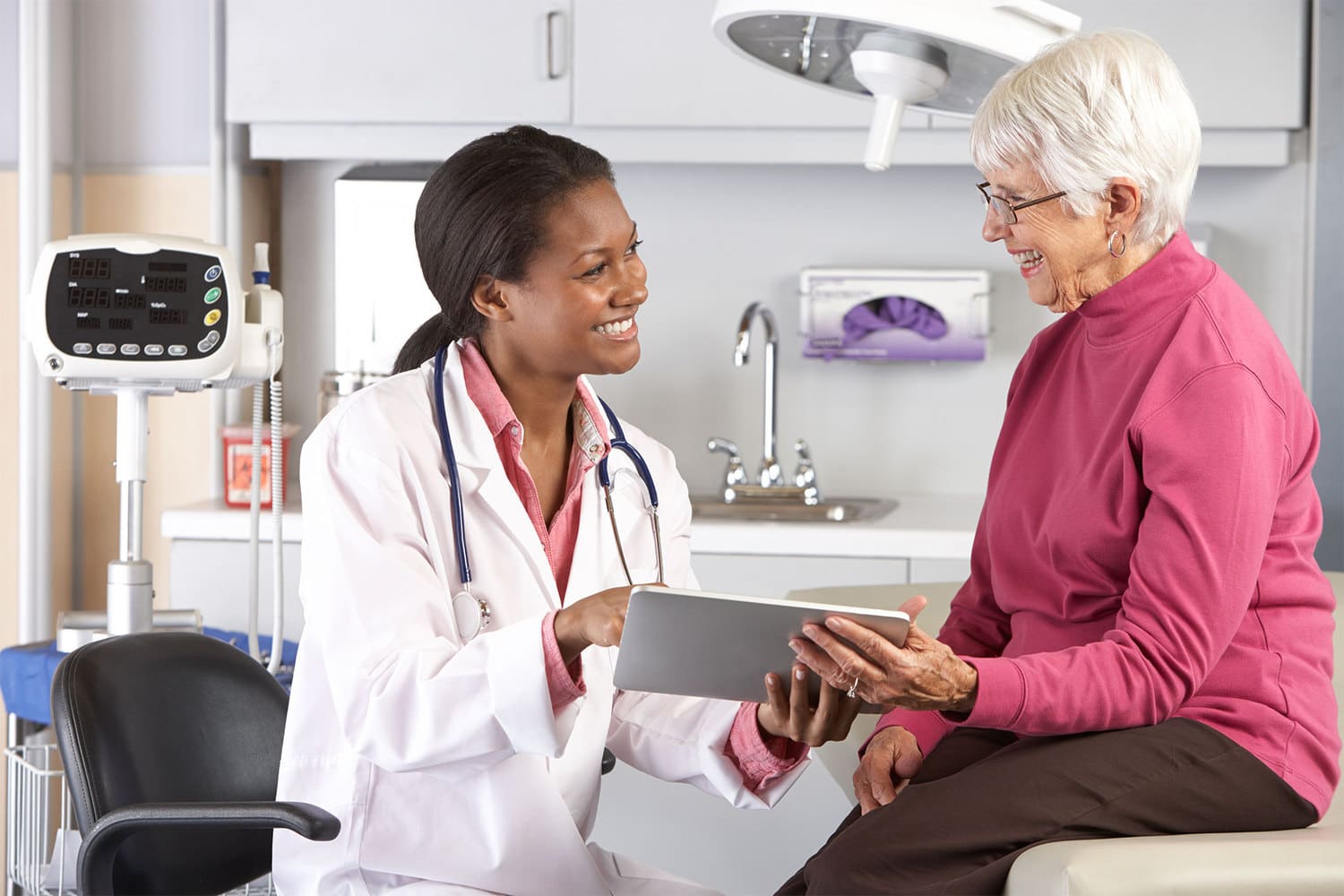 October 29, 2019 Robert Watson
If you’ve ever walked out of a doctor’s appointment with a prescription in your hand but an uneasiness in your mind because you feel like you didn’t get the whole story about your health, you’re a good candidate for functional medicine.The American medical system essentially works piecemeal. You have a primary care doctor, sure, but you also have a cardiologist for your heart, a neurologist for your brain, a gasteroenterologist for your gut, an opthamologist for your eyes – the list goes on and on. The point is that with our current healthcare system, it’s not easy for one doctor to have a full picture of their patients’ health.

Here’s where physicians such as Robert Watson at WellCentric Health in Reno come in. Dr. Watson practices what is called functional medicine. These kinds of doctors don’t listen to your symptoms and quickly give you a prescription for the drug that best relieves those symptoms.

Doctors who practice functional medicine instead focus more on the root cause of an issue than the end symptoms. They don’t want to just make the symptoms disappear – they want to keep them from ever coming back.

What is functional medicine?

Functional medicine looks at each patient as a unique individual. While your symptoms might be similar to other patients, the causes may be completely different – and there may be multiple causes. This means the treatments should be individualized as well.

You are not a collection of unrelated systems – you are a whole, unique person. Understanding the complex network of interactions that make up the human body is at the heart of functional medicine.

What conditions does functional medicine treat?

Most people want to know what kinds of conditions functional medicine treats well. The actual answer is all of them (remember, the body is a collection of interrelated systems), but here are a few conditions that seem to respond particularly well:

In each of these cases, functional health doctors will connect the dots to treat you in the best way possible for your whole body – not just the one area that hurts. They will put together a personalized plan to address your issues as a whole. Treatment options include diet and lifestyle changes, exercise programs, stress management, detox programs, prescription drugs, and nutritional supplements.

These treatment plans are designed to address the imbalances causing the problems that yielded the symptoms. Once your body is in balance, the symptoms should decrease. And the preventative aspects of your plan should keep you in better health in the future as well.

Call Dr. Watson at WellCentric Health in Reno for more information and to set up an appointment to see how functional medicine can help improve your life. 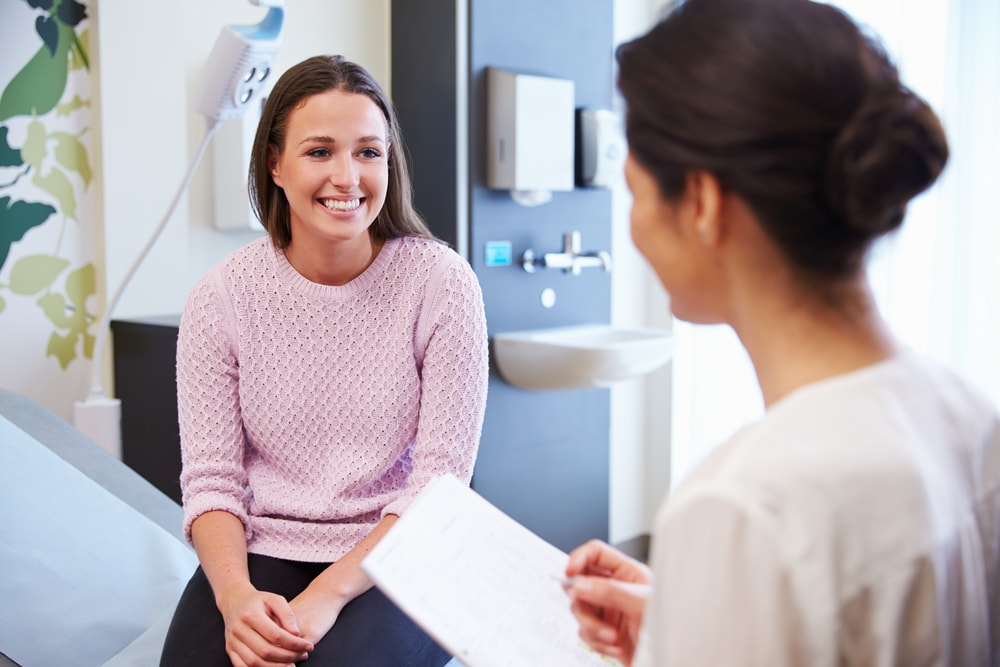 Gone are the days when preventive care and alternative forms of medicine were a niche segment of medicine. In fact, The Cleveland Clinic, which is consistently ranked as one of the top three hospitals in the United States, has set up a functional medicine clinic that’s been so successful, it’s had to double its staff and size.

That’s because functional medicine shifts the focus to you the patient, with customized treatment plans that take into consideration all of your holistic health needs. This is done by carefully considering each patient’s genetic, biochemical, and lifestyle factors.

With functional medicine, we’re not looking at each patient’s illness as though it’s a textbook case. But, rather, there’s an understanding that each person experiences illnesses and health problems differently.

Instead of looking at symptoms, we look at the root causes of your illness, so that we can treat them more effectively. Here are some of the practices of functional medicine that help us do this.

Not only does functional medicine prescribe running more tests, but it also provides a better scale for test results. With traditional medicine, there’s a range or reference of what’s considered normal.

However, falling within a few numbers out of a range can mean that you’re still at risk for developing a disease. Functional medicine takes this into account, whereas traditional medicine doesn’t.

While traditional medicine has a tendency to throw medication at medical problems, functional medicine instead examines the root causes of a disease. It looks at the factors that lead to a disease that causes it in the first place, so that your health problems can be addressed at the root.

In mainstream medical care, you’re basically given the same treatment, usually medications, that is given to every other person who has the disease. Functional medicine, instead, understands that everyone’s body is different. Instead, treatment is customized to your biological, genetic, and lifestyle factors, to treat the person and not just the disease.

At WellCentric Health & Aesthetics, we take the time to really listen to how your health impacts you. We take a complete look at all the factors of your health that may be causing you illness. Thus, functional medicine, while it does place an emphasis on preventative care, is an effective method for treating illnesses. Call us to set up an appointment and start receiving more personalized care today. 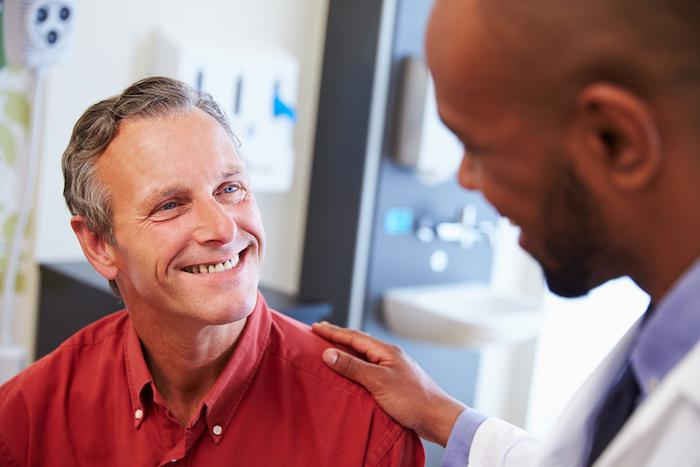 Looking for information about functional medicine in Reno? Doctors who practice functional medicine are trained to see the human body not as a collection of independent systems, but as one connected system. They treat each patient as a person, not just as someone who has a presenting symptom.