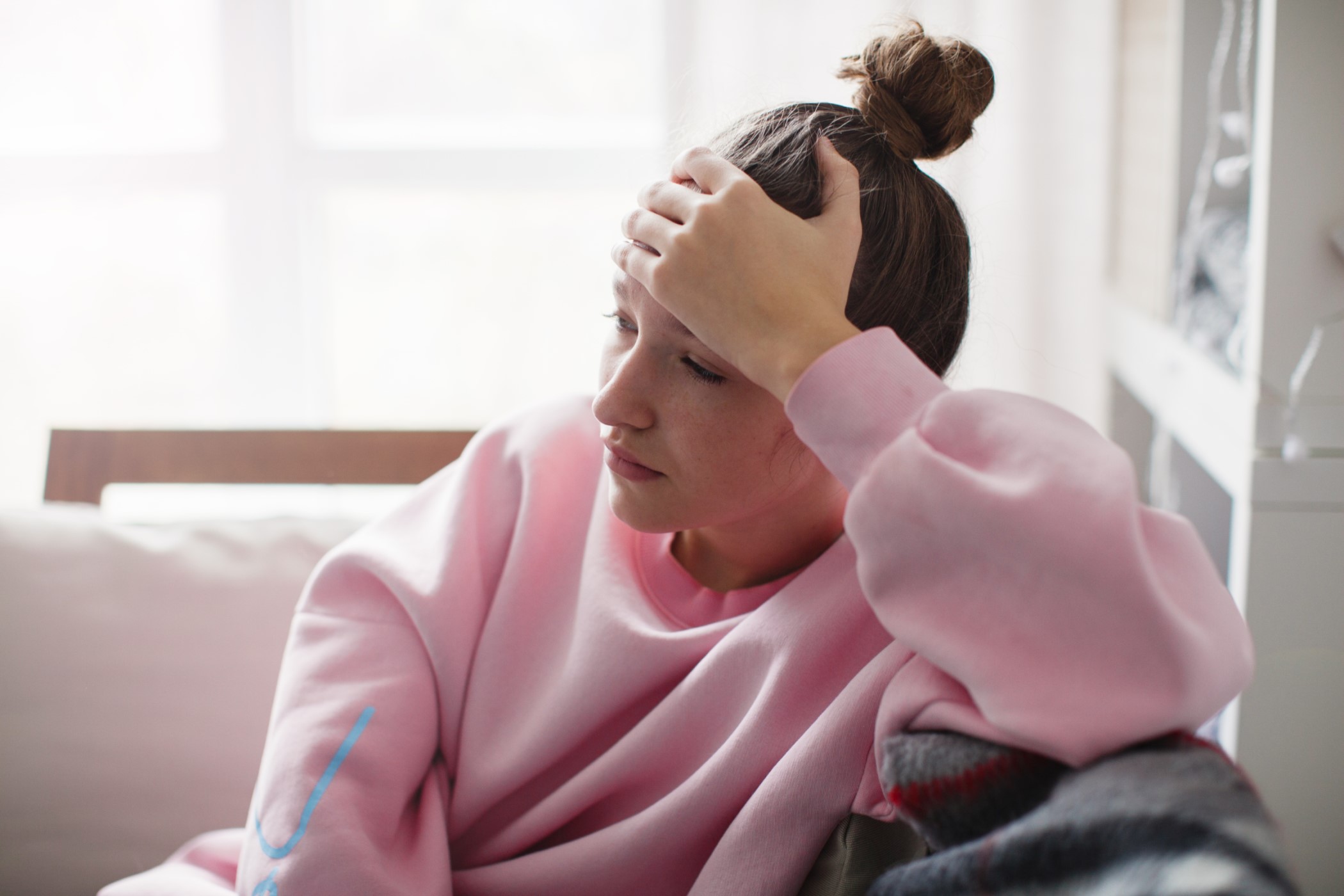 Since childhood, Rachael Petersen had lived with an unexplainable sense of grief that no drug or talk therapy could entirely ease. So in 2017 she volunteered for a small clinical trial at Johns Hopkins University that was testing psilocybin, the active ingredient in magic mushrooms, for chronic depression.

“I was so depressed,” Ms. Petersen, 29, said recently. “I felt that the world had abandoned me, that I’d lost the right to exist on this planet. Really, it was like my thoughts were so stuck, I felt isolated.”

The prospect of tripping for hours on a heavy dose of psychedelics was scary, she said, but the reality was profoundly different: “I experienced this kind of unity, of resonant love, the sense that I’m not alone anymore, that there was this thing holding me that was bigger than my grief. I felt welcomed back to the world.”

On Wednesday, Johns Hopkins Medicine announced the launch of the Center for Psychedelic and Consciousness Research, to study compounds like LSD and psilocybin for a range of mental health problems, including anorexia, addiction and depression. The center is the first of its kind in the country, established with $17 million in commitments from wealthy private donors and a foundation. Imperial College London launched what is thought to be the world’s first such center in April, with some $3.5 million from private sources.

“This is an exciting initiative that brings new focus to efforts to learn about mind, brain and psychiatric disorders by studying the effects of psychedelic drugs,” Dr. John Krystal, chair of psychiatry at Yale University, said in an email about the Johns Hopkins center.

The centers at Johns Hopkins and Imperial College give “psychedelic medicine,” as some call it, a long-sought foothold in the scientific establishment. Since the early 2000s, several scientists have been exploring the potential of psychedelics and other recreational drugs for psychiatric problems, and their early reports have been tantalizing enough to generate a stream of positive headlines and at least two popular books. The emergence of depression treatment with the anesthetic and club drug ketamine and related compounds, which cause out-of-body sensations, also has piqued interest in mind-altering agents as aids to therapy.

But the drugs’ history of abuse and the still thin evidence base have kept the field largely on the fringes, and many experts are still wary. Psychedelic trials cannot be “blinded” in the same way most drug trials are: participants know when they have been dosed, and reports of improvement aren’t yet standardized.

“It raises the caution that the investigation of hallucinogens as treatments may be endangered by grandiose descriptions of their effects and unquestioning acceptance of their value,” Dr. Guy Goodwin, a professor of psychiatry at Oxford wrote, in a recent commentary, in the Journal of Psychopharmacology. “Timothy Leary was a research psychologist before he decided the whole world should ‘Turn on, tune in, and drop out.’ It is best if some steps are not retraced.”

The scientists doing the work, at Hopkins, Imperial College and elsewhere, acknowledge as much, and say the new infusion of funding will help clarify which drugs help which patients, and when the altered states are ineffectual, or potentially dangerous.

“It’s been hand-to-mouth in this field, and now we have the core funding and infrastructure to really advance psychedelic science in a way that hasn’t been done before,” said Roland Griffiths, a neuroscientist at Johns Hopkins who will direct the new center. Dr. Griffiths said the new funds will cover six full-time faculty, five postdoctoral scientists and the costs of running trials. Among the first of those trials are a test of psilocybin for anorexia nervosa and of psilocybin for psychological distress and cognitive impairment in early Alzheimer’s disease.

“The one that’s crying out to be done is for opiate-use disorder, and we also plan to look at that,” Dr. Griffiths said.

Trials using psychedelics or other mind-altering drugs tend to have a similar structure. Participants, whether they have a diagnosis of PTSD, depression or substance abuse, do extensive preparation with a therapist, which includes a complete medical history and advice and information about the study drug. People with a history of psychosis are typically excluded, as psychedelics can exacerbate their condition. And those on psychiatric medications usually taper off beforehand.

On treatment day, the person comes into the clinic, takes the drug and sits or lies down, under continuous observation by a therapist, who provides support and occasional guidance as the drug’s effects become felt. In the Johns Hopkins trial that Ms. Petersen joined, participants wore eyeshades and headphones, lay down and listened to music.

“The first trip lasted six and half hours, and I didn’t move,” she recalled. A week later, she returned for another dose; each dose was about twice what recreational users take. Therapy using psychedelics or other mind-altering compounds typically involves just one or two sessions on the drug.

“I would be lying if I said aspects of my experience weren’t deeply challenging and upsetting,” Ms. Petersen said. “The therapist would grab my hand — would save me in a moment — and encourage me to adopt a posture of welcoming everything, like a meditation.”

The literature so far, from trials like these, suggests that psilocybin is promising for chronic depression and addiction, and that M.D.M.A., or ecstasy, can help people with post-traumatic stress, including veterans. Cannabis and LSD also have been tried, for addiction and other problems, with mixed results.

One finding many drug studies share is that any positive effects are far more likely to last if the participant has an especially intense trip. The intensity is subjectively graded using a variety of measures, including what scientists call the MEQ, for “mystical experience, questionnaire,” although Dr. Griffiths allowed that the term is misleading.

“That was a significant branding mistake, because awe is not fun,” he said. “There’s something existentially shaking about these experiences.”

It is that existential reckoning, the theory goes, that prompts many people to rejigger their identities or priorities in a way that reduces habitual behaviors or lines of thinking that cause distress.

In a continuing trial, Matthew Johnson, an addiction specialist at Johns Hopkins and a member of the new psychedelic center, is investigating how psilocybin treatment compares to use of a nicotine patch in helping people to quit smoking. So far, in the 39 people who have been in the study for at least six months, the abstinence rate in the psilocybin group is 50 percent, compared to 32 percent using the patch.

“The most compelling thing that makes psilocybin different from other addiction drugs is that it’s showing this cross-drug efficacy,” Dr. Johnson said. “It appears to have a similar effect, regardless of what drug the person is addicted to.”

That great potential, across many different diagnoses, is what attracted a small group of donors to Johns Hopkins, said Tim Ferriss, who brought in half the donated amount from investors, including more than $2 million from himself. Mr. Ferriss, an investor and author, said that depression and addiction ran in his own family, and that available treatments were often inadequate. His investment in the center, he said, “was a chance to have a large output from a small input — a real Archimedes lever.” The Steven & Alexandra Cohen Foundation provided the balance of the commitments.

Ms. Petersen is convinced that her psilocybin trip made a lasting difference. She has had one relapse since the trial, she said, and continued on antidepressant drugs. As a result of the trial, she also reordered her life, committing more time to things that are emotionally sustaining, and letting go of those there weren’t.

“I think that trial was the single most effective thing I’ve done to manage my mental health, and I had tried almost everything,” she said. “And it leads me to believe that we need to radically change how we think about mental health.”